Paruppu Usili, a dry dhal curry, is combined with finely chopped vegetables such as cluster beans, beans, etc. It is a special and auspicious vegetarian preparation which features in wedding feasts in Tamil Nadu and is the first to be served on the plantain leaf along with pickle and salt. There are different versions of usili, but I created this version with radish tops because of the many medicinal values attributed to them, some of which I myself have benefitted from. The traditional combination of red gram dhal and Bengal gram dhal results in a lot of flatulence and discomfort, so I have used only red gram dhal. I have also left out the curry leaves because the radish tops have a very pronounced flavour which clashes with the curry leaves. Usili can be packed as a side dish along with rice in a lunchbox (as it is dry), and I eat it as a snack because of its high satiety value combined with enticing flavour 🙂 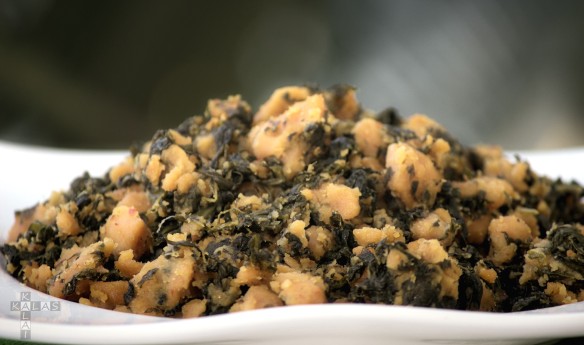 END_OF_DOCUMENT_TOKEN_TO_BE_REPLACED

I am celebrating my 250th recipe on this blog! I wanted to follow Indian jubilee traditions by posting a recipe of a sweet but I then thought of creating something which is unique in using a minimal number of spices and with a short cooking time. I also wanted it to be low fat with minimum wasted nutrients. The result is this fried chicken which is mouth wateringly delicious, quick and easy to make, saves fuel, and is good for health – it sounds impossible, but it is true!

END_OF_DOCUMENT_TOKEN_TO_BE_REPLACED

Freshwater fish dishes are relished only in interior Tamil Nadu. People in Chennai are not familiar with the taste of these fish and sometimes even mock those who consume it. But now that even marine fish are cultivated in freshwater lakes and can be bought online, the lake pomfret costs Rs. 300/kg while marine pomfret costs Rs. 800/kg! Therefore I have been developing recipes using freshwater fish. In this recipe I have combined the strong smelling radish with the mild flavoured lake pomfret and also avoided using chilli powder. Instead I have used mustard powder to give it a slight bite. This mild fish curry is a great success in my house – not with my fish hating son of course 🙂 It goes very well with chappatis, unlike the traditional fish curries. 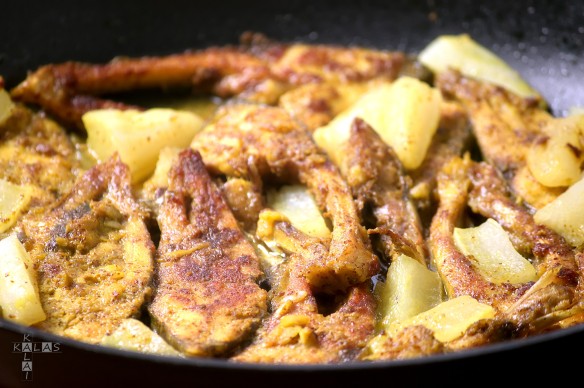 END_OF_DOCUMENT_TOKEN_TO_BE_REPLACED

The coolest month of the year for Tamilians is January, and we are very happy to get the freshest of vegetables during this period. This concept of combining prawns with vegetables is new to my family because we made only two prawn dishes – Fry and Moli. My friend Jacintha, who is a Burmese repatriate, gave me this recipe though she said it isn’t a Burmese recipe but just a family favourite. I have used the same ingredients and quantities she gave, but have made the procedure simpler and easier. I serve it with Naan, Peas Pulav, and Mushroom and Capsicum Pulav. 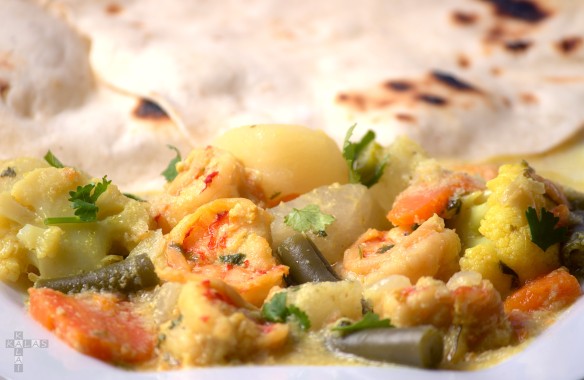 END_OF_DOCUMENT_TOKEN_TO_BE_REPLACED

In India, we use the term prawn for shrimp also. While I was looking for something special to make for Christmas, I came across the recipe Idaho Tuna Puffs in The Family Circle’s Casserole Cookery Book. I decided to substitute prawns for tuna, as tuna is not easily available here, and to make it suitable for the Indian palate. I deleted the cheese from the ingredients because it didn’t contribute either to the flavour or the texture. I used silicon moulds to make these puffs. I used some of the dough to make small pies to give variety in shapes.

END_OF_DOCUMENT_TOKEN_TO_BE_REPLACED

Thirunelveli’s knowledge of kovai kai, in the ’60s, was limited to a story where two men appeared before a judge claiming that a parrot was theirs. The judge asked them to prove it and the parrot’s owner took some kovai kai from his pocket, which immediately attracted the parrot, convincing the judge that the parrot was his. We always believed that kovai kai was only for parrots and it was not available there in stores. For all I know it is still not available. When my father was transferred to Chennai, my mother spotted this in a store and came home and said, ‘They are selling kovai kai which only the parrots eat!’ We didn’t buy it because we didn’t know how to cook it. When my sister got married she found that her in-laws, who had been posted in Andhra Pradesh, cooked kovai kai at home. I had eaten that once in their house and started cooking it once I had my own establishment. I do not know if this is the exact recipe, but it is fairly close to what I enjoyed there. 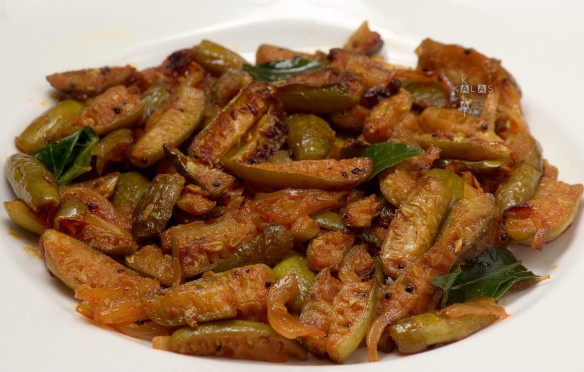 END_OF_DOCUMENT_TOKEN_TO_BE_REPLACED

Radish is available in Tamil Nadu all through the year. I have already posted a Beef and Radish Curry recipe. The radish thuvaram (or fry) is a recipe I have taken from my family cookbook. I recall my mother making it very often. At that time I wasn’t too fond of it because the radish was fibrous. Now we get tender radish, and I’m beginning to love it. 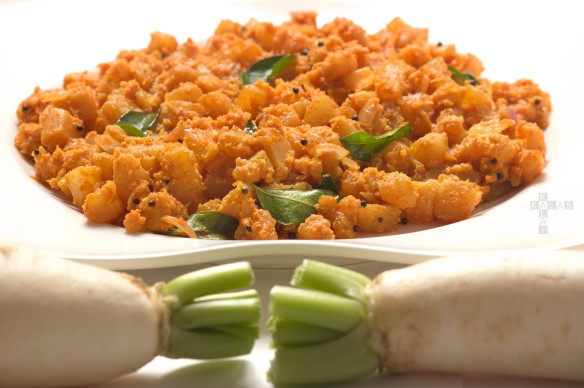 END_OF_DOCUMENT_TOKEN_TO_BE_REPLACED

Kala's Kalai
Create a free website or blog at WordPress.com.